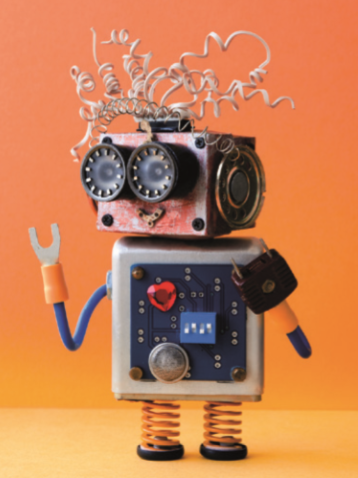 Robotic milking is arguably the best example of technological development that we have seen in the dairy sector – it is well past the “laughed at phase” and is now seen as a relatively conventional piece of equipment on a farm. They have been commercially available in the UK for about 20 years now and while some of the original ones have already been replaced (sometimes with a parlour!) their uptake seems to have accelerated in the last five years.

I certainly used to think of them more as an excuse to not milk by the next generation as it came back to the family business. The reasons for putting them on farms now are far more considered – it might be because of the genuine lack of available labour, or the older generation simply having enough of physically milking but wanting to remain dairy farming, or because the cow health and performance benefits are too overwhelming to ignore, (or because there has been a 40% grant available).

I am now a convert in terms of their physical and operational abilities, enthused and fascinated every time I see one working – but being an accountant I have to look at the financial arguments as well and I am not quite so convinced (yet).

Buying a robot is certain to bring a significant amount of extra costs to the business – more importantly they are fixed costs that will not change whether 600 or 600,000 litres of milk are produced by it each year. Typically these will be the initial capital cost of the robot (including all associated building and cow handling work) and an annual service contract. Of late I have noticed some other costs creeping in – relatively expensive robot manufacturer branded dairy chemicals for example.

One of the key benchmarks we use when reviewing accounts for our dairy farming clients is what we affectionately call “COGWD” (pronounced COGWOOD); it looks at the total costs of operations on the farm and includes all labour and all power and machinery costs (inc. depreciation). The idea is that it doesn’t matter what system you use (e.g. intensive or extensive; contractors or own machinery; parlour or robots), it is the total cost per litre of operating the system that matters. Other than margin over feed (and often including it), it is the biggest variant in financial performance that we see across dairy farms.

In taking back the Spring 2018 accounts, COGWD is averaging at about 10.5p/litre and has varied so far from about 7p to 17p. Looking only at robotic milking clients, so far the lowest has been 11.7p/litre and a typical average would now be around 13p/litre. The biggest variable seems to be the amount of milk produced per robot and once the fixed costs have been incurred, the only viable option is to use those robots to their maximum capacity – and then COGWD can be competitive, but never as low as the lowest parlour based farms.

I want robots to work financially because they are such a perfect example of the farming sector using technology for its advancement – but from the evidence thus far, they will never be the lowest cost system. That doesn’t make them a bad investment but it does put the onus on the farm to consistently produce to its maximum capacity to try and spread those fixed costs sufficiently. As ever some realistic budgeting before the investment is made is sound advice – and with decent numbers of accounts now coming through from robot based dairy farms, the difference between their theoretical or promoted costs and real costs can now be much better understood.