From recent experience we are aware that HMRC are making increased checks on businesses exporting goods and are focussing on whether evidence of export is held.

For VAT purposes exports, are sales of goods which are removed from the EU by the supplier, or by an overseas person who arranges transportation of the goods.

At the time of writing, the details of Brexit have not been finalised but it is possible the sale and removal of goods to EU customers will also become exports. This would mean the evidence required to zero rate these EU sales will change and an export declaration will have to be made to HMRC prior to the goods being removed.

It is therefore a good time for businesses who sell goods abroad to review the export evidence they obtain.

There are various conditions that have to be met if exports are to be zero rated, including time limits for removal and in which evidence of export has to be obtained. This is normally three months.

For most exports from the UK by sea or air you must hold either official or commercial transport evidence. Official evidence is generated by HMRC from their National Export or CHIEF systems. This documentation must include specific codes to show the goods have departed.

Commercial Transport evidence is documentation generated or completed by a third party responsible for moving the goods such as a haulier, shipping company or airline. This type of evidence includes authenticated sea or air waybills and International Consignment Notes (CMRs).

It is essential that Commercial Transport evidence is complete. Where waybills make provision for a signature and date they should be signed and dated and a CMR should be completed by the consignor, the haulier and completed and signed by the receiving customer.

The key feature of this type of evidence is that there is documentation from a party, other than you or your customer, which confirms the goods have left the EU. In addition to Official or Commercial Transport evidence, HMRC expect you to hold supplementary evidence. This can take many forms and includes customer orders, correspondence with your customer, copy sales or export sales invoices, insurance documentation and evidence of payment.

Whatever evidence is held it should be consistent and contain enough detail to link the different documents. In combination, the evidence must show:

In some cases, such as exports by post or courier, alternative evidence is acceptable but this should still be held and accessible for a period of six years. Where a website track and trace facility provides the evidence HMRC advise you print the shipping confirmation. Websites often only display the details for a limited time.

Export evidence has to be retained for six years and HMRC would expect you to be able to produce the evidence within two or three weeks of it being requested.

If you cannot show you hold evidence of export HMRC may issue an assessment for the VAT due on the sale. While this could be reversed if evidence is obtained at a later date interest and penalties may still be imposed. 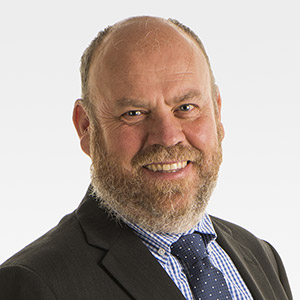