Whilst much of your time and attention is naturally being taken up focusing on the Covid-19 Pandemic, the day-to-day running of a care facility continues. A topic which is always front-of-mind is fire safety, and we’ve asked Simon Coats of Pinders to explain why many care homes are failing in the area of fire compartmentalisation.

The Grenfell Tower disaster reinforced the need for a good Fire Risk Assessment (FRA), yet it is surprising how many care homes, when inspected, are found to have seriously compromised fire compartmentalisation.

In 2019 the London Fire Brigade reported that nearly half of all care homes inspected did not have a sufficient FRA, and that one of the major failings identified was that roof voids were not appropriately compartmentalised.  Such deficiencies are not uncommon in new and older homes alike and will allow a fire to spread quickly between the different compartments of a home, undermining its evacuation strategy.

It is in hidden and rarely inspected areas where further potential problems lie.  Ceiling and roof voids invariably house a multitude of pipes, cables, ventilation ducts etc; and where these pass through fire designated compartments, they must do so with the provision of proprietary ‘fire-stopping’ materials which will seal any openings in the presence of fire.

Ideally retrospective applications, and those in a new build, would carry a local certification sticker bearing the name of the Company and the fitter who installed it.  The prescence of expanding fire rated foam is rarely an acceptable solution, due to the limitations of such foams.  As an operator, are you aware of where and how complete your compartments are?

In 2017 two people died in a Cheshunt care home that lacked proper fire compartmentalisation, after a fire travelled through voids in the roof, allowing it to quickly engulf the whole building. Most of the occupants of the home were too frail to move themselves to safety, but thankfully fire crews were able to rescue the remaining 33 residents.

Pinders values hundreds of care homes every year, but we also have a Building Surveying team who undertake surveys for many corporate and private providers in the sector across the country. A recent inspection for a prospective purchaser of an established group of care homes revealed significant breaches in five of the homes, a consequence of original build omissions and later maintenance activity with issues such as insufficient fire compartmentalisation.  An extensive programme of remedial fire stopping was put in place to remedy the shortcomings and see the deal completed.

For more advice on this subject contact Simon Coats from Pinders on 01908 350525, or email simon.coats@pinders.co.uk and for more information for care homes see our recent care newsletter. 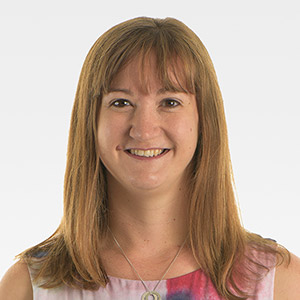